How to Ride Knee Down

In basic scientific terms, knee-down riding is a result of taking a bike to its maximum lean angle on a corner, in order to take the corner faster. This causes the rider to hang over the bike, with a knee touching the ground (we think it’s pretty cool, too). 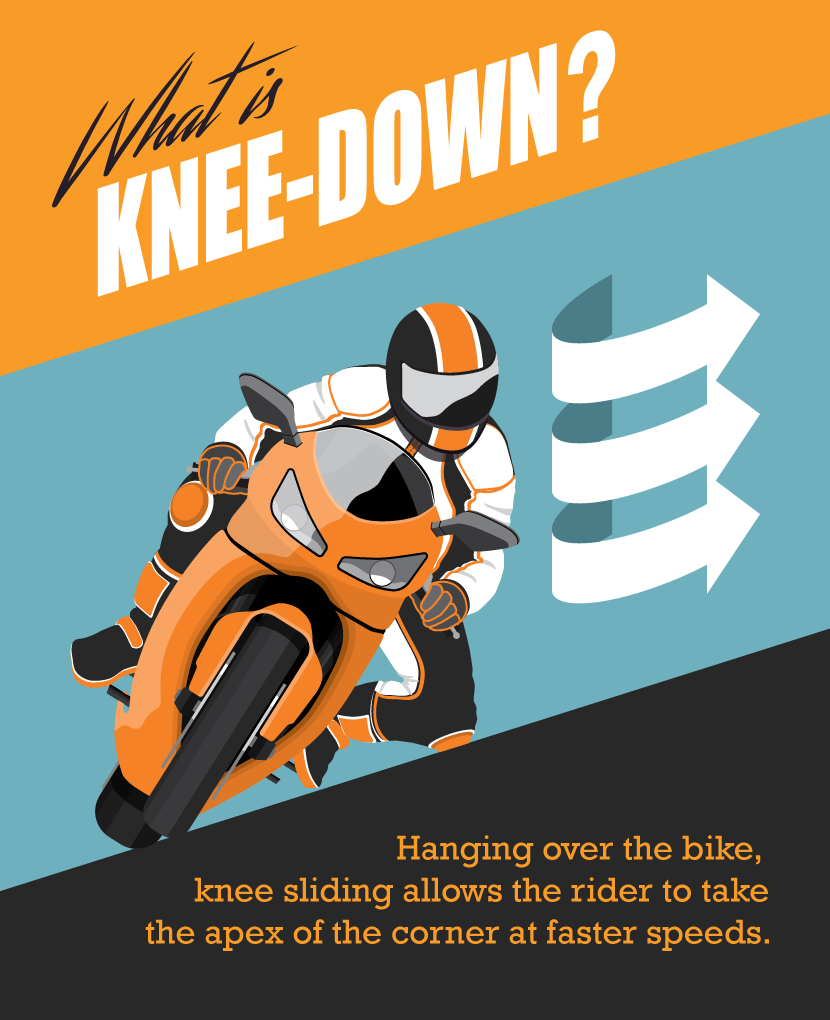 A few decades before it became the norm to use knee sliders when racing, it was considered untidy to have your knee out on a corner. The likes of 1960s multiple-world champion Mike Hailwood barely moved in the seat when leaning into a corner. But as more and more riders began to lean off their machines, a new style began to take over.

British motorcycle racing fans of the 70s will recall the unique style of Dave Croxford. He leaned so far off his bike that when he was viewed from the outside of a corner, only his leg was visible. Around this time was also when one of the most famous British riders, Barry Sheene, came out; he had his knee out so far on corners that he began to wear away the knees in his leathers. So began the trend to slide off the bike toward the inside of the corner – stick one’s knee out and drag the slider around the corner. Modern racers have taken this a step further and are now dragging their elbows!

So how is this done? Needless to say, it is not a good idea to do this type of riding on the street. The best method of learning to use knee sliders is to attend a track day at your local race track. Track days cater to riders who want to take their machines beyond the legal limits of public roads. The track sessions are generally split into novice, intermediate, and expert levels, which gives the beginner a chance to learn properly, and acquire the necessary skill to use knee sliders.

Learning any new riding technique that involves higher-than-normal speeds is risky, and should be approached slowly. 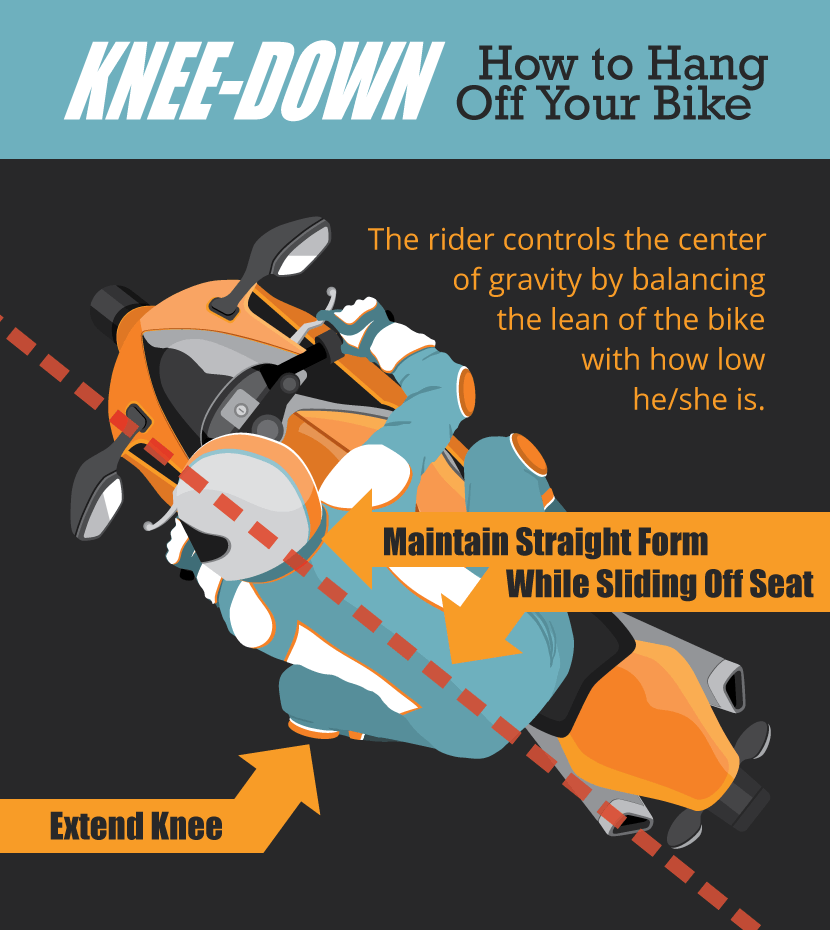 Initially, the rider will build up speed until sliding off the seat in the corner entry seems natural. The lower the rider hangs off the seat, the less need there is to lean the bike. This is because the center of gravity is lowered when the rider’s body drops to the side of the bike. It’s in this balance of leaning the bike and hanging off the side that higher corner speeds are controlled.

Increasing the corner speed will make it necessary to lean the bike over, but this must be done in gradual stages or there will be a lot more than the knee sliders making contact with the tarmac! The best way to increase the corner speed is to practice the same corner over and over, braking closer to the corner on each try. This is covered step by step below.

As the rider leans over more, the slider will touch down. The experience will be unnerving the first time, but as long as the rider maintains a steady posture and makes no sudden movements, the corner can be taken with ease. 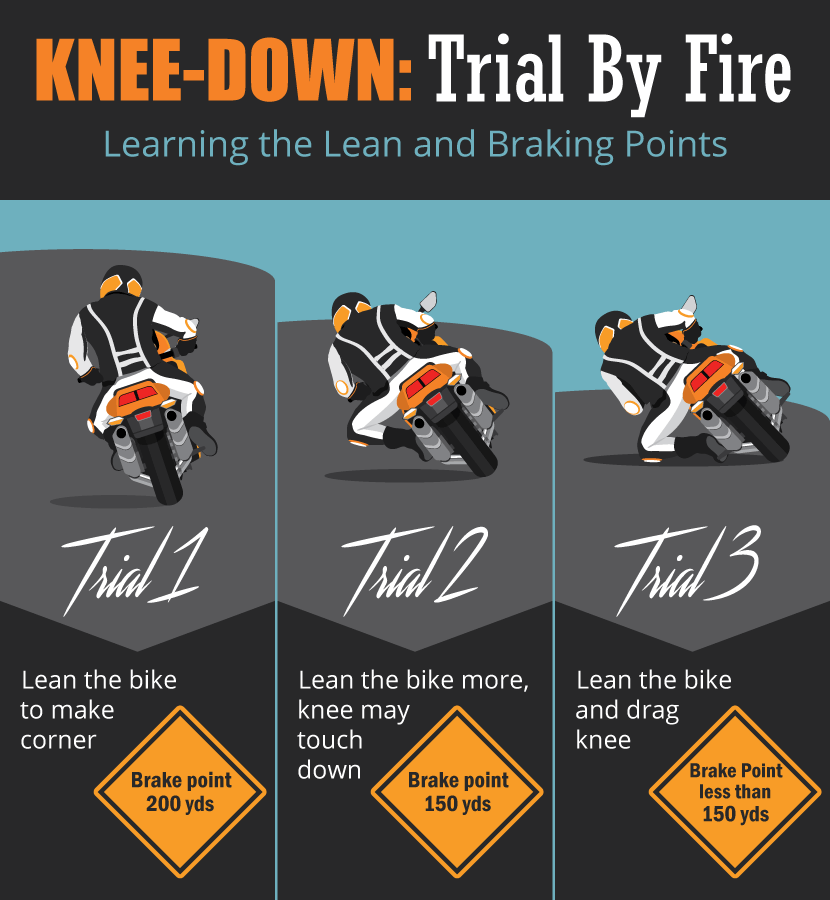 Before getting close to higher speeds to try out those new knee sliders, all riders on track days should do at least one sighting lap. The objective of this lap is, as the name implies, to “sight” the track and accomplish the following: