What’s an Elimination Diet and How Can it Help?

Most of us think of diets as a means to drop unwanted pounds. But what if there was a diet that allowed you to shed chronic health issues such as headaches, fatigue, irritable bowel syndrome, skin issues, and autoimmune diseases?1

That’s the rationale behind elimination diets, which are meant to identify food sensitivities, intolerances, and allergies so people are empowered to eat for their own personal wellness. Rather than focusing on weight loss, these diets are all about getting rid of inflammation-causing foods and optimizing overall health.

So how do these diets work, and are the benefits really worth giving up beloved food and drink such as dairy, pastries, or alcohol? Let’s find out.

Here’s the basic premise behind elimination diets: More and more research indicates that a person’s gut is a strong indicator of their overall health.2 So if you regularly eat something that doesn’t agree with you and your gut is inflamed, it will translate to health issues. If left unchecked, excessive inflammation in your digestive system can also lead to Leaky Gut Syndrome. This occurs when inflammation is so severe that it causes “intestinal permeability” – in other words, it wears tiny holes between the intestinal cells, allowing bacteria and other foreign particles to move into spaces where they don’t belong.3 Not unexpectedly, this can cause or exacerbate various health symptoms. Eliminate the triggers that upset your gut, and you can reduce inflammation and improve your health.

So how do you identify specific food allergies or sensitivities that trigger inflammation? This is where elimination diets come in. They can range from the very specific (eliminating gluten, for instance) to the very broad (cutting out all foods most commonly linked to intolerances – namely alcohol, dairy, eggs, gluten, nuts, soy, and added sugars). Some elimination diets are very restrictive and nix everything from ketchup to butter, coffee, pork, eggplant, tomatoes, peppers, and certain fruits.4

However strict the elimination diet, most last for at least two weeks and often more than three.5 Because it can take a while for various foods’ antibodies to completely leave your gut, you may not know whether you’re no longer affected by a food until you haven’t eaten it for several weeks or more.6 This also helps explain why some people experience relief immediately after starting an elimination diet, while others don’t see changes until after a few weeks. It all comes down to what the food is, how long it’s been affecting your body, and how intense its effects are.7

Once the elimination period is up, foods are reintroduced slowly to gauge whether symptoms reappear. Foods should always be reintroduced one at a time so it’s clear which (if any) provoke a reaction.8 Because foods can trigger health issues up to two days after being consumed, it’s important to space out these reintroductions over the course of a week or so.

On the surface, giving up tons of foods in favor of a limited, painstakingly planned diet may not sound very appealing. But people are drawn to the many purported benefits of elimination diets, which include better immune function, clearer skin, healthier digestion (including less gas and bloating and healthier bowel movements), more energy, less fatigue, and improved mood.9 There’s even some evidence that reducing inflammation in the gut may help people cope with chronic illnesses such as diabetes and some autoimmune disorders.

It’s important to note here that you’re less likely to see health improvements from an elimination diet if you don’t take care to eat nutritious foods during the diet. As a result, going on an elimination diet requires meticulous meal planning. You’ll need to ensure that you’re still eating proper nutrients vitamins, minerals, macro- and micronutrients, and so on despite cutting out certain foods.10 One of the best ways to do so is eating a variety of foods.11 This may seem antithetical to the very nature of elimination diets, but it is possible to eat a varied, healthy diet even while cutting out potential food triggers. If you’re not sure where to start, consult a medical professional and/or dietitian before embarking on an elimination diet.

How to Make Elimination Diets Work for You

While elimination diets can be well worth the effort if they turn up food sensitivities that are detrimental to your health, that doesn’t mean they’re a miracle cure for everything. In order to have realistic expectations and set yourself up for an effective elimination diet, it’s important to keep the following in mind. 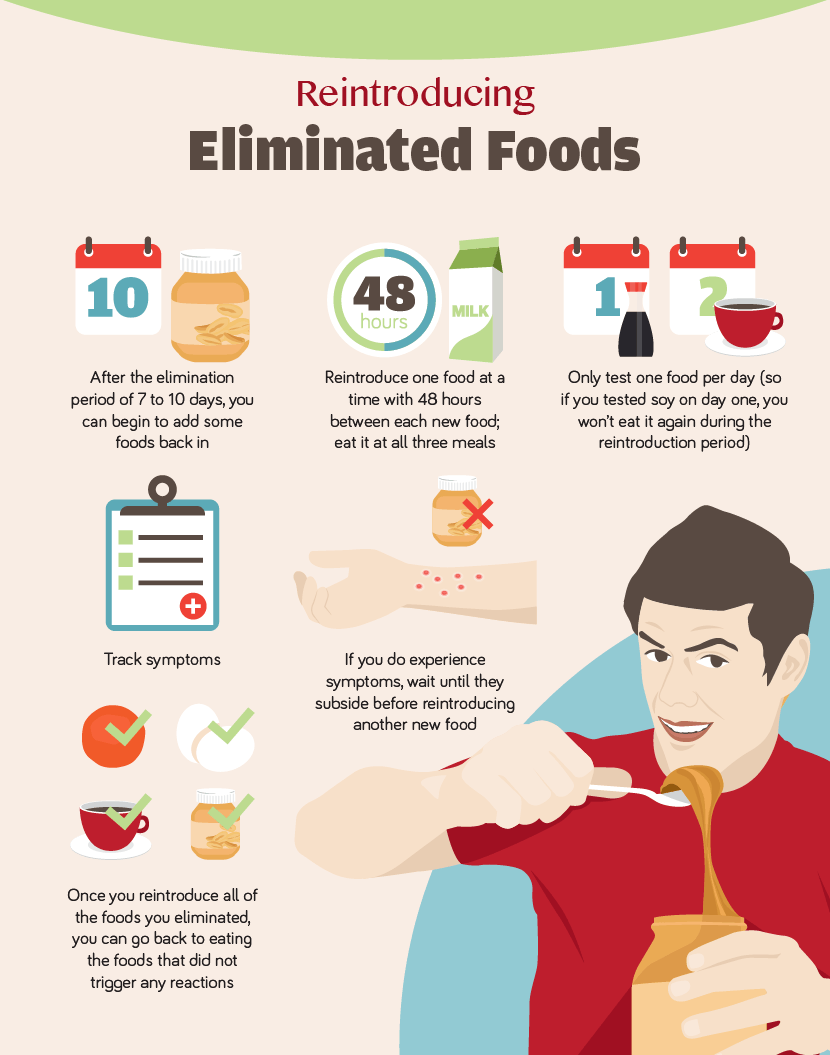 Elimination diets require a lot of dedication. From carefully planning meals and grocery store trips to struggling through withdrawal symptoms, it’s safe to say they’re not easy. But if you take the time to implement an elimination diet correctly, the potential benefits outweigh the challenges. Exchanging cookies for better health? The trade-off is worth it.